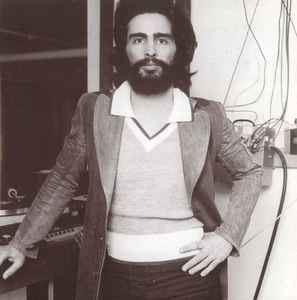 The creator of the infamous "by invitation only" parties in New York City which have come to be known as "The Loft", to which he would play records, often infamously not mixing them but rather letting records with similar feel play back to back.

The first such party was held in 1970 and was called "Love Saves The Day". Prior to that, he was playing records for his friends on a semi-regular basis as early as 1966, and these parties became so popular that by 1971 he decided to do this on a weekly basis.

His parties have the free-wheeling feel and intimacy found in the classic rent party or house party. Mancuso is a pioneer in that he carefully thought out and refined his concept of "private party", as distinct from the more overtly commercial business model of the nightclub.

In the early 1970's, Mancuso prevailed after one of longest ever administrative trials of the New York City Department of Consumer Affairs. Despite this heavy-handed NYC regulatory agency's desire to make life difficult for Mancuso and the Loft "family", he was vindicated and allowed to legally throw his private parties, free of government interference, when the NYC DCA (Department Of Consumer Affairs) ruled that he was not selling food or beverages directly or indirectly to the public. He was found to therefore be exempt from the need for a NYC "Cabaret License".

Mancuso's success at keeping his parties "underground" and "legal" at the same time was an inspiration to other music entrepreneurs and DJ's, and many famous private Discotheques of the 1970's and 1980's were modelled after The Loft's operational blueprint, including "The Paradise Garage", "The Gallery", and "The Saint", to name but a few.

Mancuso also helped start the record pool system for facilitating the distribution of promotional records to the qualified disc jockey.

Despite Mancuso's importance in the history of DJ culture, by the late 1970's he had fully abandoned the accepted DJ practice of audio mixing, beatmatching and pitch-shifting, in favor of a purist "audiophile" approach to sound reproduction. To this day, Mancuso's music programming and presentation are remarkably fresh and spontaneous, and are not dictated by the beats per minute of the records he plays. Mancuso prefers to use the original Mark Levinson "Class-A" Amplifier, Klipsch speakers, and "moving coil cartridges" for maximum musical fidelity.

November 15, 2016
Hope they have Klipsch-Horns where your next place will be David. Thanks for the service. Rest in peace.
Reply Notify me 6 Helpful