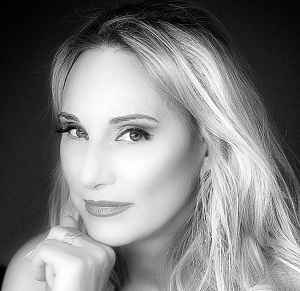 Profile:
Discovered in 2010 by world class jazz pianist and legend, Paul Smith (5), Lyn Stanley entered singing with the world’s most famous accompanist, Paul Smith and his trio, four months after meeting her.
Lyn was born in Tacoma Washington, the same birth town as singers Diane Schuur and Janis Paige. Her dad played piano by ear in the style of Erroll Garner, and Lyn was an attentive listener at an early age. She also had a grandfather who was an opera singer and an uncle who sang tenor roles in local theater groups in Long Beach, CA.
Lyn Stanley entered the singing world through a side door—ballroom dancing. She began dancing in 2004 and took a fast study track to becoming a Pro/AM champion in ballroom dancing’s International Standard style and won three events and two national titles in 2010. She also placed 3rd in a World Title event the same year in the same style. Her dancing background leads her rhythm-making her singing style stand out, especially when added to her unique vocal tone.
Following her stage debut with Paul Smith, Lyn was accepted into an international open call for a Cabaret training program at Yale University. It was there Lyn learned how to prepare a one-woman show training with some of the greatest performers working in the industry including Amanda McBroom, Julie Wilson, Tovah Feldshuh, Sally Mayes, and Alex Rybeck.
Her first one-woman show, “Makin’ Whoopee” was well-received by audiences and critics creating a call for an album from her fans. The birth of her debut album “Lost In Romance” came from her idea to present ballroom dancing rhythms and tempos into jazz interpretations. After all, jazz was first heard in the dance halls and then navigated to the instrumental solos popular today
Sites:
lynstanley.com, Wikipedia