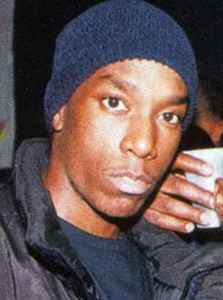 October 4, 2020
According to Wikipedia a retail single was released for the song "No Endz, No Skinz" back in 1995. However, there's no submissions here; anyone who owns it or knows something more about it?
Reply Notify me Helpful

August 14, 2019
Big L had one of the best delivery styles in Rap with a raw underground talent I would say every establish and up a coming Rap artist would listen and learn from L without quoting him as a source..
His lyrics were as good as anyone else's if not better then all of his peers.
This is the Rap artist that Rap artists listen too, if you are into "REAL" rap and not just commercial Rap music, Look no further, No one else can or could do what L did.
Ordinary everyday people tend to not know about L, But the "REAL" Rap community know what i am trying to say and writing about.
We are at a loss R.I.P. L, We miss you, The Rap community will never be the same, I don't think anyone can do what you did
Reply Notify me Helpful

right with u 'im2bad4ya. Big L haws been one of the most influential mcs in my hip hop life. togther with the worlds best underground Djs, mcs and producers Big L has produced some of the finest verses and styles the hip hop game has ever seen. again we should not mourn the death death of Big L but celebrate his fukin sick style that has left every dedecated hip hop listener (excluding the gay arse mtv hip hop and R&B artists who have left the game and their fans to get more rich) nodding their heading in amazment of his lines. ie

Today marks the 6-year anniversary of the death of one of the most talented MCs to every have his vocal chords processed through a microphone: Lamont Coleman aka Big L. Although the majority of his fans knew him after his death, Big L always had the talent that should have made him a certified legend, along with the ranks of living legends such as Jay-Z and Nas. Big L had a unique voice and razor sharp metaphores that would verbally kill, whether on tracks, battles, or freestyles. It is believed that he was killed because of another crew who had beef with his brother Big Lee, who at the time was incarcerated, so Big L was killed in retaliation. Some time later after his release, Big Lee would eventually be killed on the same street as his brother on 139th & Lenox. Anyone who has not heard Big L should buy his album 'Lifestylez Ov Da Poor & Dangerous.' Let's not mourn the death of Big L, but celebrate the life he lived, the lyrics he's blessed us with, and the inspiration he has given to many future MC's.

'What's this motherfuckin rap game without L?
Yo, that's like jewels without ice
That's like China without rice
or the Holy Bible without Christ
or the Bulls without Mike
or crackheads without pipes
The Village without dykes
or hockey games without fights'
-Big L