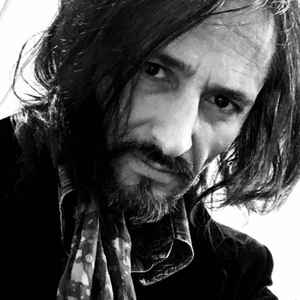 Real Name:
Garry John Cockbain
Profile:
Garry Cobain (sometimes styled as Gaz Cobain) (born 1967, Bedford, England) is a British electronic musician, and one half of The Future Sound of London. He currently lives in France. His family name is generally credited as Cockbain on earlier releases, and as Cobain on later ones. His given name is spelled Garry or Gary, seemingly at random.

He left Bedford for Manchester in his late-teens to study at a time when alternative music in this part of Britain was taking off, the dance music scene in particular was becoming more and more popular, not just in Manchester but all over the country and in the States too; Cobain, drawn to the city by bands like The Chameleons and The Smiths, embraced this atmosphere and joined a band he had seen rehearsing in a studio and stayed with them for a year; after his spell with that band he met Brian Dougans.

After meeting Dougans they both started discussing their shared interest in electronic music and began to work together on small projects; Cobain then left the college to build his own studio on an Enterprise Allowance Course and he and Dougans began to release tracks under aliases such as Mental Cube and Art Science Technology, some of these early singles would be compiled onto Earthbeat (1992).

His first big collaboration with Dougans was on "Stakker Humanoid", which went on to be a chart hit at a time when acid house in particular was becoming popular. The pair then released their first single as FSOL "Papua New Guinea" which also became a hit in clubs across Britain and the States, they signed with Virgin Records but remained independent artistically, something they have always fought for and achieved, Cobain puts this down to them already having a few hits under their belts (Papua New Guinea in particular) before they signed with the major label.

Cobain has always been the more vocal member of the band and always speaks for them in interviews with Dougans sometimes interjecting on a certain point; Cobain has said that FSOL is a combination of opposites, the roles of masculine and feminine are central to the FSOL ethos and Cobain has said that in the band he represents the melody and softness as opposed to Dougans representing technology, machines and programming; its the marriage of these forces, Cobain says, that makes FSOL work the way it does, especially with the Amorphous Androgynous of the new millennium where progressive rock and psychedelica were embraced. The new incarnation of Amorphous Androgynous is very much Cobains new vehicle for the expression of his energy whilst still releasing their more electronic based music as FSOL.