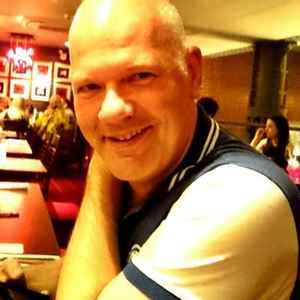 Real Name:
Alan Terence Coulthard
Profile:
Alan Coulthard was an essential figure in the UK mix-scene due to his work with the DMC.
He has been nicknamed 'The Judge' as he studied Law at University College, London and is a trained barrister, specialising for many years in civil and chancery work. He teaches legal research, opinion writing and drafting and held positions as a lecturer at King's College, London and UWE (University of West England), Bristol Law School for LPC (Legal Practice Course) and BVC (Bar Vocational Course).
He has commented on 'Panayiotou [George Michael] and others v Sony Music Entertainment (UK) Ltd.' in The Modern Law Review, Volume 58, Issue 5, pages 731–744, September 1995.

Coulthard initially provided mixes to Tony Prince and the DMC from 1982/82 until 1986 for a fixed fee of £400 per mix. He seized working for them until a return in 1992 at the same fixed rate. However, Coulthard ultimately took the Disco Mix Club and Othersto court over money he claimed was owed to him. Jules Sher, QC , sat as a deputy judge of the High Court over this case.