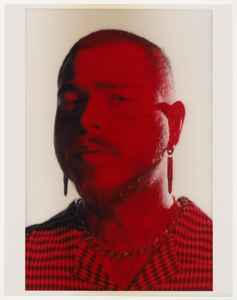 Malone was born in Syracuse, New York. When he was 9 years old, he and his family moved to Grapevine, Texas. He enjoyed playing basketball and watching sports. His father was the Dallas Cowboys' assistant director of food and beverage, so Malone was able to get free food and tickets to their games. Malone began to play the guitar and auditioned for the band Crown the Empire in 2010, but was rejected after his guitar strings broke during the audition. He credited his initial interest in learning guitar to the popular video game Guitar Hero.

Malone first began learning how to produce music through FL Studio. When he was 16 years old, he started working on his first mixtape. He showed it to some of his classmates at Grapevine High School, garnering him notoriety at the school. He credited his love for music to his father, who exposed him to music making for all genres, including country music. He enrolled in Syracuse University, attending for only a few months.
Sites:
SoundCloud, Facebook, instagram.com, Wikipedia, postmalone.com, tiktok.com, twitch.tv, YouTube
Aliases:
Austin Post
Variations:
Viewing All | Post Malone
Post