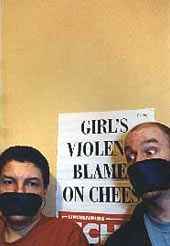 At the time of the group's formation in the late '80s, they were an experimental/improv duo consisting of Matt Wand ( who named and started the band ) & guitarist Rex Casswell. Cellist Dan Weaver, drummer Richard Harrison, Andrew Sharpley & others contributing in live and studio roles along the way, They played at Company Week at Derek Bailey's request in 1990. The project was continued with arguably the most successful albums Organ Transplants vol1 & 2 conceived & designed by Wand with musical contributions from Sharpley after Casswell moved to Denmark and Weaver began taking recording time-outs to perform for dance and theatre. Wand started and ran Hot Air Records to get the S,H&W records ‘out there’ and began releasing a wide range of albums, also by other artists over that decade and continues conceiving, designing and producing albums as that label to the present. Matt Wand wrapped the project up in 2001 but continues to release archive S,H&W material of “some interest” on Hot Air. There are vague rumours that new material might see the light in the near future.

Stock, Hausen & Walkman (now Matt Wand, Andrew Sharpley and Daniel Weaver) is known for making sample-heavy, subversively funny collages with a healthy disregard for copyright issues: "taking pot shots at anything that moves, be it high art music, low pop or cheesy listening" (The Wire 163). Distinctive packaging has been prevalent in most SHW's releases.