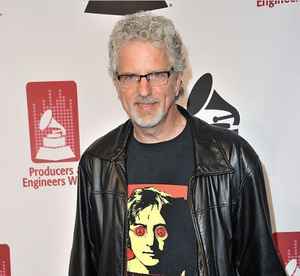 Real Name:
David Norman Cole
Profile:
American producer and engineer who got his start as an engineer at Capitol Records in Hollywood. There he was able to work with a variety of artists such as Bob Seger & the Silver Bullet Band, Frankie Beverly & Maze, Steve Miller, Richard Marx, and Tina Turner. He was exposed to lots of classical recording, did a jazz album with the late Tony Williams, and got his first taste of film and TV work. He apprenticed under Wally Traugott to learn the lost art of vinyl disk mastering and was asked to join the A&R department as a staff producer. About that same time, he engineered and co-produced the “Like A Rock” album for Bob Seger and the debut album for Richard Marx. After a similar gig at MCA Records for 2 years, he went freelance and never looked back. He worked on diverse projects, including Melissa Etheridge, mixing for Cake, and has been involved on several of Christopher Guest’s movies, including “Waiting For Guffman”, “Best In Show”, and “A Mighty Wind” for roles such as a roadie, alongside the movie’s music producer, CJ Vanston.