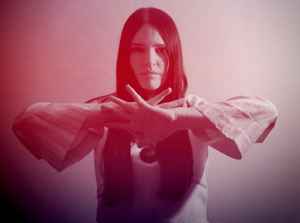 Born in Winson Green, Keenan attended Archbishop Grimshaw Roman Catholic school. After school she worked in various catering jobs and at the age of 21 moved to the bohemian enclave of Moseley, forming a folk duo called Hayward Winters before she met James Cargill at a 1960s psychedelic revival club in Birmingham. The pair bonded over shared interests and formed a band, Pan Am Flight Bag, who played two gigs before they regrouped as Broadcast.