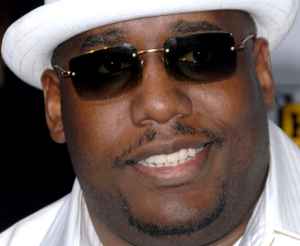 Real Name:
Mohandas Dewese
Profile:
Kool Moe Dee was born on August 8, 1962 as Mohandas Dewese. His early career began with his work with The Treacherous Three. After leaving the group he attended college in NY and received a degree in communications. He was also involved in one of the most infamous battles in history against Busy Bee. Kool Moe Dee kick started his solo career while he was still signed to Sugar Hill with T3, releasing the single "Turn It Up" and lending his writing talents the Sugar Hill Gang's single "The Down Beat" (he also recorded his own version). Both singles were released in 1985. Once he decided to reenter the hip hop scene full time on his own he enlisted the help of an unknown producer named Teddy Riley. The first single was "Go See the Doctor" and it made them both famous. By 1986 he had signed to Jive and released his first solo album. In 1987, with the release of his next album "How Ya Like Me Now" and the single of the same name, Moe Dee moved into one of the most highlighted portions of his career. He took on LL Cool J in a war of words. LL fired back with "Jack the Ripper". Moe Dee returned with "Let's Go." LL countered with "To The Break of Dawn." And Moe Dee finished up with "Death Blow". He became the first rapper to ever perform on the Grammy Awards. He also participated in The Stop The Violence Movement single "Self Destruction". In addition, he was part of the Quincy Jones project, "Back on the Block". He has continued to release albums into the 90's without much success with the exception of his greatest hits collections.
Sites:
Wikipedia
Aliases:
Moe Dewese
Variations:
Viewing All | Kool Moe Dee
Koel Moe Dee, Kool Mo D, Kool Mo Dee, Kool Moedee, クール・モー・ディー