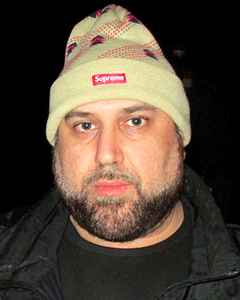 Real Name:
William Braunstein
Profile:
Emcee, Label Owner, Non Phixion Member & Solo Artist: ILL BILL wears many hats, and wears them all with effortless precision, allowing him to create a movement that will stand tall for years to come. Starting out rhyming at a young age, while also playing in local metal and hardcore bands during his youth, Bill has been involved in the music biz for close to 2 decades and has a well rounded background within the world of both Hip Hop and Metal. Growing up in Brooklyn's Glenwood Housing Projects (along with fellow Non Phixion member Goretex & his younger brother Necro) exposed him to the world of Rap and led to his eventual formation of Non Phixion. As a part of Non Phixion, ILL BILL has toured the United States and Europe, rocking shows from L.A. to London, creating a solid fanbase reaching all the way to the shores of Australia and Japan. As a solo artist, Bill has also made plenty of waves. Starting with the release of his debut solo 12" single, "Gangsta Rap" b/w "How To Kill A Cop", Bill caused major controversy, earning him airplay on NYC's Hot 97 "Future Flavas Show" for 3 months straight and gaining him respect as a solo artist.
Sites:
Facebook, itunes.apple.com, rapgenius.com, YouTube, Twitter
Aliases:
William Braunstein
In Groups:
Heavy Metal Kings
Variations:
Viewing All | Ill Bill
Bill, Ill Bill Medinah