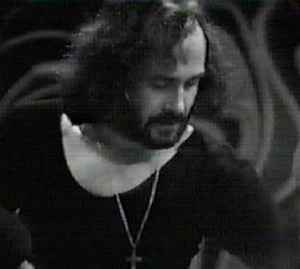 Profile:
English drummer, born on 25 May 1942 in Leicester, died on 15 April 2008 in Bideford, UK. In the late 1950s, Davison played drums in various skiffle groups in and around the youth clubs in north-west London, especially around Baker Street. He rose to prominence drumming in the 1960s in Mark Leeman Five and then progressive rock group Shinn with keyboard player Don Shinn and bassist Paul Newton (later with Uriah Heep) and finally The Nice. After the breakup of The Nice, Davison formed a short-lived band called Brian Davison's Every Which Way featuring ex-Skip Bifferty lead singer Graham Bell ; the band broke up after one album. He then joined Jackson and keyboardist Patrick Moraz in Refugee, who released one album on Charisma. Davison subsequently played in Gong before leaving the music business for a period. In 1978 he rehearsed briefly with Vic Godard, who was continuing to rehearse at Rehearsal Rehearsals (Bernie Rhode's rehearsal rooms, as used by The Clash) after Rhodes had sacked the rest of the Subway Sect during the recording of what was to be their debut album. Nothing came of this, and Davison sold his drumkit, bought a motorcycle, saying he was heading to India. In 2002, he and his bandmates Jackson and Emerson resurfaced to reform The Nice. Davison taught drumming at Bideford College.
Sites:
Wikipedia
In Groups:
Brian Davison's Every Which Way, Emerlist Davjack, Gong, Nick Stephens Septet, Refugee (2), The Habits, The Mark Leeman Five, The Nice
Variations:
Viewing All | Brian Davison
B. Davison, Brian Davidson, Davidson, Davison, Davson, davison