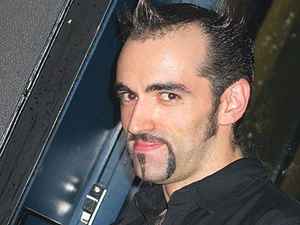 Real Name:
Leo Lyon Zagami
Profile:
Starting his DJing career through the medium of catholic church radio stations in his native Italy, Leo Zagami was the youngest broadcast DJ in his country after playing his own show at the age of 13 in 1983.

By 1986, Leo had achieved national prominence through regular exposure on commercial networks countrywide, before taking up a residency in the once infamous London celeb haunt Legends in 1987. The following year saw Leo reach the DMC national finals and organised "L'Impero Dei Sensi", Italy's first rave in Rome in 1989.

Further parties attracted Detroit originators Underground Resistance and Juan Atkins to Europe for the first time. He also gave The Prodigy their first gig outside the UK.

By 1991, Leo had initiated the Friday Uonna club in Rome - another first in his country, combining as it did art exhibitions with an eclectic mix of house, disco and Detroit techno sounds - before opening The Underground in the catacombs of Constantine.

Soon after, controversy blew up around Leo's reclaiming of a catholic church as the venue for his Sunday Morning Cosmic House events, which went on to run for six months before intervention of a non-divine nature led to the plug being pulled. Leo was also a fixture at Berlin's Tresor between 1995 and 1996.

June 2, 2015
pretty underrated producer, got some really nice and weird house/disco records of him were i didn't pay more than 2 euros for
Reply Notify me 3 Helpful