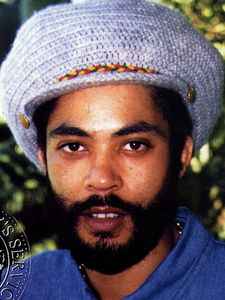 Real Name:
Daniel Clarke
Profile:
UK Reggae Musician and Singer.
Born Daniel Clarke on 24th February 1967 in London, he spent some time as a child in Jamaica where he developed a love of Reggae. In 1980 he began working on the London-based City Dread Sound System as a Deejay, and went on to join the Fine Style Crew. He originally worked under the name Danny Dread, and released his first records and toured Europe with General Kelly under that name, but changed to Danny Red to avoid confusion with two other deejays who used that name. He began to concentrate on singing and by the early 1990s had established himself as a popular Roots Reggae singer.
Sites:
allmusic.com, Bandcamp, Wikipedia
Aliases:
Daniel Clarke, Daniel Newman (3), Danny Dread (4)
Variations:
Viewing All | Danny Red
D.Clarke