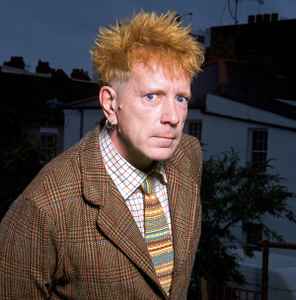 Best known for his work as lead singer initially of the Sex Pistols (using the name Johnny Rotten), then secondly under his real name in Public Image Limited (or "PIL" for short).
His work with the Sex Pistols is recognised as being the lead UK band for the emerging late-1970's punk scene, especially in the UK.

Continually throughout his career, has been very outspoken about his dislike for so-called authority figures or institutions; whether monarchy, political, or religious. Most of his tracks have featured his objections vehemently to these and other issues. When appearing with bandmates on British TV in the late 1970's to early 1980's, usually had little time for the presenters; often walking out halfway through any interview, due to being paraded as some kind of hate figure.

In the early 1980's he was forced to leave the UK after repeated raids by the Police on anywhere he and band PIL tried to play. This unfair and unlawful intrusion by another state institution that at the time could get away with such malicious actions, meant moving to the US for the following 25 years, where he could live and work normally.

He continues to live in Los Angeles, USA. As of early 2010, currently re-touring with a reformed PIL.

December 21, 2020
John Lydon is my spirit animal, or at least someone I have a massive amount of respect for.
Reply Notify me Helpful

Merzdős number by lehapanin666
Artists and Bands I Like and Recommend by Andrew_Lawson
Followed Artists by pesekon2
artist's by rujluelma
Favorite Artists by innoste
Inspiration Information by Galge
“The Encyclopedia Of Punk” by crimsonmetal74
Artists In My Collection by MurderCapital
INTEL ASSETS, NEPOTISM BENEFICIARIES or WORST EVER BANDS by poneromusikologist
Moby's Remixes by borge_jensen
R & R by CEZARX
Favorite Artists by gialouris75
Favorite Artists by CEZARX
View More Lists →