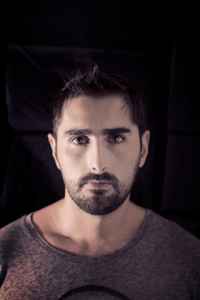 Real Name:
Michael Meimaroglou
Profile:
He was born in 1985 in Mytilene, Greece.

He started experimenting with electronic music from a young age, being particularly fond of the synthesizer and the analog sound. As time went by, his passion for music grew and he discovered that synthesizing and mixing sounds was for him a means of expression and creativity. His creative needs led him to produce several audiovisual projects. His long time involvement with DJ’ing and the alternation among different music genres during his DJ sets expanded his knowledge and his technique in mixing.

In 2008 he founded Urban Style Mag, a magazine aiming to promote urban art, young artists and electronic music. As part of promotional activities for the magazine, he organized various electronic music parties. In 2010 he presented his first audiovisual project at a festival, with music that he composed himself. At the same time he worked on his first music album under the alias “Aithale”, which is a journey among house, techno and minimal music.

In 2013 and 2014 he was event organizer for the electronic music stage of the international “Beach Street Festival”, where many Greek and international artists participated.

2014 was a milestone, as he released his first official releases with the Spanish “808 Recordings”, "Affect Recordings" Germany & "Ntrop Recordings" Greece.

2015 Michael released his full length album release "Golden Thread" as Aithale on his own imprint "Aithale", distributed by Ntrop Recordings.