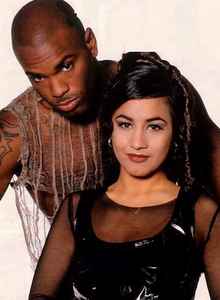 Profile:
Pharao was a German Eurodance act produced by Alexander Hawking and DJ Stevie Steve (aka Steffen Harning). The project was fronted by singer Kyra Pharao (who is of Indian and Egyptian descent, b. 1971) and the American rapper Deon Blue aka Marcus Deon Thomas (b. 1968).

In 1997, after almost 2 years of silence, the act made a comeback; however, without Deon Blue, who had already left the act.

According to their former management agency Media Agency, Pharao disbanded in 2001.

2014: In the end of 2014, Kyra decided to start a comeback with Pharao live on stage. A new young rapper, Prince Damien, was found for Pharao.

2015: A new single will be released soon.
A "Best Of" CD was released, to be sold mainly at the live shows, with all the hits remastered by Chris Sauer (3), who is the new producer behind Pharao.