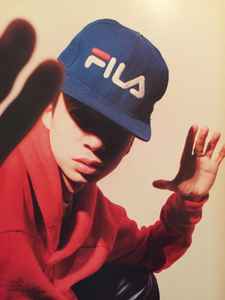 September 7, 2019
The wah-wah guitar intro is taken from Son of shaft by The Bar-kays not from Isaac Hayes Theme from Shaft!!

July 18, 2017
Tim Simenon did a DJ-Set on Depeche Modes Singles Tour in 1998 before some shows, for example in Berlin. Does anybody know which tracks he played? I still remember that this was very very good :)
I'm looking for this for a long time now. Can somebody help me?
Reply Notify me Helpful

Tim Simenon aka Bomb the Bass rushes in the Billboard-Charts in 1988 with "Beat Dis" on the Rhythm King Label/ BCM Records at the age of 19. Together with "Pump up the Volume" from M/A/R/R/S it was the first Cut-Up Tune that hits the #1. Cost of this house breaker ? A mere 150 pounds. Simenon was working at the Wag Club in London at this time and "bedroom programmed" this tune out of his record collection. The track features samples from the TV show "Thunderbirds", "The good, the bad and the ugly" (at some edits), radio frequency noises, accelerated morsecodes, the refrain "Everybody in the street" from the Funky Four Plus One and an official announcement to pirate stations: "Keep the frequency clear !" The thing that sounds like a funky guitar, was barely a single sound of a Wah-Wah-Guitar from the intro of "Theme from Shaft" by Isaac Hayes, sampled and reconstructed on the keyboard.
After the success of "Beat Dis", Simenon was able to launch the Bomb the Bass LP "Into the Dragon", featuring the DJ/producer J. Saul Kane aka Depth Charge and the vocalists Lauraine Macintosh, Maureen Walsh, Aurra and "The new Rap Messiah" MC Merlin. Also we witness Nellee Hooper at the turntables and skits with Jazzy B. from Soul II Soul and Mark Moore from S-Express.
Rhythm King announced this album as "The First Great DJ-Album" and it became clear that pop world has changed forever and sampling tour de force tracks like Coldcuts Remix of "Paid in Full" by Eric B. and Rakim and Simon Harris "Bass (How low can you go)" could be on #1.
"Into the Dragon" also featured two other Top 10 singles, the radical reworking of "Say a little Prayer" which seems to be a genre study of a classic soul arrangement, and the disco smasher "Don´t make me wait".
Definetly more interesting than this both is the b/w track of the second mentioned: "Megablast (Hip Hop on Precinct 13)" which main synthline was inspired by John Carpenters movie score "The End-Assault on Precinct 13". The raggamuffin chanting Jimmy Walker was sampled with the legendary phrase "Is that him? Could I be right? Could that be Kid Dynamite?" and also a whole part of Double Dee & Steinskis "Lesson 2 - The James Brown Mix" was used not only in this track, but on several parts of the whole album.
Heavily played on the club radio stations it becomes a real underground hottie, and also was used for the famous SpaceShoot´emUp Computergame "Xenon II - Megablast".
Suddenly, Tim Simenon became Brittain´s hottest victim and produced "Buffalo Stance" and "Manchild" for Neneh Cherry, Adamski´s "Killer" and "Crazy" from Seal together with Trevor Horn.
In 1991 Simenon released his 2nd album "Unknown Territory" again on Rhythm King/ epic / SONY Music with strong help of Gota Yashiki, known from his work with Soul II Soul, Seal and Sinead O´Connor, as a programmer, drum editor and additional producer. The vocals on "Unkown Territory" were done by the rapper A la mode and Loretta Heywood, which whom Simenon created "Winter in July", a proto-Trip-Hop tune which set an overwrought lament to subdued breakbeats, scratches and minor-key loops.
Simenon´s special interest in crazy films and directors (remember the John Carpenter line from "Megablast") appears again on this album. He sampled a lot stuff from "Videodrome" by David Cronenberg like "They've got an unscrambler scrambler" or "Ease yourself back into consciousness" and the "Fantastic Four" cartoon based on the marvel heroes : "The danger is even greater than you suspect". Also he obviously likes Ridley Scoots "Blade Runner" who is credited in the song "The air you breathe" with a phrase that sounds like "Iichi kotoru... oooh".

Most of these samples create a highly claustrophobic phuture atmosphere, which reminds me often to novels done by William Gibson.
Even more interesting than the vocal tracks are the William Burroughs styled Cut-Up tunes "Switching Channels", "You see me in 3D", "Dune Buggy Attack 1991" and the amazing
"Liquid Metal" which appears in an even more freakin´ version b/w of the "The Air you breathe" 12" called "Fantastic Four Remix". (For goods sake it has nothing to do with the german boring rappers Fantastic Four, the remix is done by Simenon himself…)
These tracks are in fact more timeless than the other tunes, they are fresh nuff to play them on every block rockin´ party ´til today, due to the samples that work in your brain in a subliminal way and blow your synapses.
The 3rd and last album until today was "Clear" released 1995 on Stoned Heights/ 4th Broadway/ Island Records, a fusion of hip-hop, soul and dub. "Clear" featured batty contributions from Sinéad O´Connor, Justin Warfield, Doug Wimbish, Bim Sherman and several musicians from the London Club Scene. More and more it becomes "clear" that Simenon is not an author, but the inventor of the project "Bomb the Bass", which allows many musicians to participate his movement that read hip-hop as the blues of the ´90s.

The spiritual neighboorhood to the ideas of William Burroughs became official on "Clear", as the whole album opens with a sample from David Cronenberg´s "Naked Lunch", after a novel from Burroughs : "I think it's time to discuss your, ah, philosophy of drug use as it relates to artistic endeavour" and ends up with ""I think it's time for your boys to share my last taste of the true black meat. The flesh of the giant aquatic Brazilian centipede" from the same score. Unfortunately a deeper analysis of the ideas of both Simenon and Burroughs would lead to far.
"Clear" moved forward to an often remixed album of the "New Generation" of Samplers like Kruder + Dorfmeister (who did the mind boggling "Bug Powder Dust" Remix), Chemical Brothers, La Funk Mob and The Jedi Knights.
Ultimately, "Clear" is the sound of someone moving with confidence further into "Unknown Territory"

Many people may have frequently asked themselves where Tim Simenon disappeared after producing some of the first dance records some of us have listened to in their lives. Simenon is now living in amsterdam and owns the label "Electric Tones". There he joined forces with Markus Acher and the chanteuse Valerie Trebeljahr of-Lali Puna-fame and produces the track
"Clearcut" (Morr Music/Hausmusik/Indigo/Kompakt) with uptempo hiphop inspired beats, a bouncy bassline and a deep, dubby vibe topped with the wonderful warmth of Valerie Trebeljahrs voice.
Last to hear from Simenon was a 3 track EP simply called "Tracks" on Electric Tones with relaxed downtempo "tracks" that set up an artifical electric paradise with neverending celestial loops that make you feel great…