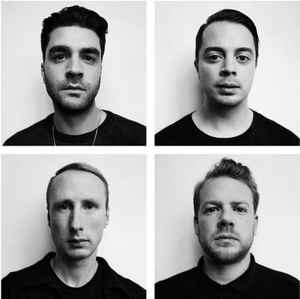 Profile:
Goose is an electro/rock band from Kortrijk, Belgium.

In the summer of 2000 they started out as an AC/DC cover group named Loamy Soil. In 2000 Loamy Soil reached the finals of Humo's Rock Rally, Belgium's leading contest for new bands. After that the guys changed their style and turned to writing and recording their own songs, heavily incorporating synthesizers. They changed their name to Goose and took another shot at the winning Humo's Rock Rally in 2002. This time they succeeded. Later that year they recorded their debut single Audience with Teo Miller. Coca-Cola used this track for TV adverts across Europe. They were signed to Skint Records in 2006 and released their second single Black Gloves in July of that year. The video for Black Gloves was created by Nothing To See Here and was directed by Steve Glashier. Their debut album Bring It On was released on September 11, 2006.
They also scored the tune to Heineken's Champions League campaign.