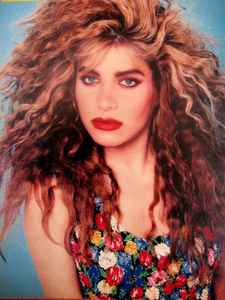 Real Name:
Leslie Wunderman
Profile:
Les Lee/Taylor Dayne (real name Leslie Wunderman), (born on March 7, 1962 in Baldwin, Nassau County, New York to a Jewish family), is a hugely successful pop vocalist and dance artist, who came to prominence in the late 1980s and remained at the top of the charts through the 1990s.
Dayne began singing professionally after graduating from high school, singing in rock bands such as Felony and Next. However, both bands failed to become successful. She began singing solo after finishing college, and her first song to crack the top ten was the dance-pop hit "Tell It To My Heart" in 1987. She was signed to Arista Records.
Sites:
taylordayne.com
Aliases:
Taylor Dayne
Variations:
Viewing All | Les Lee
Les Lee Wunderman