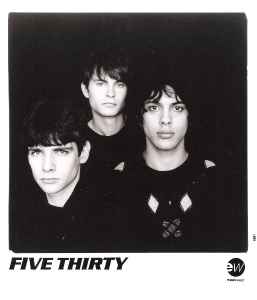 Profile:
Five Thirty, sometimes written 5:30 and 5:30!, were a three-piece rock band who started in Oxford and then moved to London, England, briefly popular in the early 1990s.
For most of their recordings the line up was: