Information Did you mean the artist named 41? 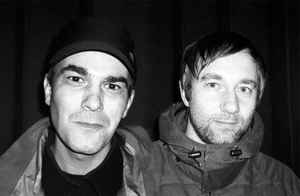 August 20, 2022
I have never quite understood this (seemly common) perception of Autechre as 'alien' 'cold' 'dystopian' 'otherwordly' 'unhuman', etc. I find the humanity of Autechre's music immediately evident. And nor is it 'cold' or 'distant'. Such perceptions seem based on what is known and familiar. I suspect the reason for Autechre's apparent alienating and otherworldly qualities is nothing more than the fact they are continually pushing the envelope of modern technology and how it is used to make music. Think of Autechre as tinkerers, very human tinkerers, on the frontier of what music can be.

March 23, 2022
If you’re having a hard time getting into Autechre’s more recent stuff, know this: hip hop and techno are and have always been at the core of what they do. They are the center of gravity around which the noise and the chaos orbit. Locate the beat and everything else falls into place. Once I’d learned to do this the likes of Elseq and The NTS Sessions went from fascinating yet puzzling to downright astonishing. Nobody else is this far ahead of the game.
See 3 replies

Autechre are an outstanding phenomenon within (or not) the realm of "music". After listening to all of their albums (which presents a certain feat), I have developed a particular theory concerning this phenomenon. My theory applies only to their post-tri-repetae body of work, as the first three albums are still (pop) music. The fundamental idea goes as follows: in their entire huge output after tri repetae, which represents a kind of Gesamtkunstwerk, Autechre manifest the total entropy of electronic sound - white noise as seen through a microscope. White noise, if you look at it closely enough, shows seemingly non-random colour and texture, but as soon as you zoom out, the random nature of the whole thing appears. What is this musical, rhythmic and sound entropy of Autechre about? It is a reflection of the drifting into entropy and meaninglessness of our entire culture. The oeuvre of Autechre is thus a great work of anti-art representing the end of electronic music. That's also why it has to be so irritatingly massive, in order to form a cosmos of its own of sufficient dimensions to weigh out, as far as possible, the cosmos of all earlier and other electronic music. In this view, it would be mistaken to listen to particular pieces of Autechre as you would to a pop song. Rather, it would be appropriate to play all Autechre records at once using a room full of record players all plugged into one single PA. I have tried it with my two record players: no matter which two records you play at once, it always sounds like a new Autechre album. There is no conflict, no real collision, the sounds just interweave. The more records you would play together, the closer it would get to actual white noise (which is NOT true in the same way for other electronic music artists!), thus providing a proof of the underlying theoretical idea. I encourage everyone to try it out. Might also be a good art project.

This does not mean that I dislike Autechre, not at all. I greatly admire their capacity at sound production. In addition, it can sometimes feel good to listen to some highly elaborate "music" in which any "intrusive", emotional dimensions are completely absent, as is the case with Autechre - just intriguing but otherwise absolutely "neutral" sound patterns. I just can't listen to them very much, as their "music" tends to destroy my ears, viz. the ability of my brain to process and enjoy "real" music (as compared to their skillfully executed anti-music). This is due to the accumulating overload of random sound. By listening to enough of Autechre's music, every nerve cell in the auditory part of my brain seems to get connected, over time, to every other cell, thus finally erasing any meanigful pattern of distinction. To my mind, you can either enjoy electronic music in general or Autechre only. I choose electronic music. I would hypothesize that many of their die-hard fans might have lost the ability to enjoy any other music, at least electronic music. It would all sound outdated, clichéd and boring to them. Maybe they can still listen to rock (as that is far enough away)? I'm a big fan of ("experimental") electronic music, I have a big collection and I do often play rather audacious combinations, but I am totally unable to integrate Autechre. It breaks the flow and destroys everything. What other artist could you combine them with, except maybe "things" like Roland Kayns cybernetic machine sound? Asmus Tietchens? Nope. Anything by Gerald Donald? Nope. Parmegiani? Nope. Even Aphex Twin or other "IDM" artists? Nope. You name it, really...

Overall, I thus perceive Autechre as a great, if somewhat "dangerous-for-ears" parody on a dying culture - as a kind of final statement.

February 12, 2021
We need the tapes from the early 90s getting a proper 4x12 release on vinyl! Incredible tracks, so deserving of a full release. If ae have anything similar hidden away please release them tracks too ┌(★ｏ☆)┘
See 2 replies

October 31, 2020
New album 'PLUS' out on November 20th. What have we done to deserve such delights in such a tight time frame???

Autechre are like a rich fruit that you are not sure you like, but you keep having to try another one because you can’t quite make up your mind. Pleasurable and strangely addictive. Probably got vitamins too.

February 1, 2019
19 hours of new live soundboards have been released on the Autechre webstore.

January 9, 2019
Super-clever bastards with one eye on the dancefloor, one eye on your mind, and a third eye somewhere else entirely. Absolutely brilliant.

September 20, 2018
Autechre and myself go back a long time, I first got to their sound at the age of 11 (1995) when I heard Eutow for the first time. It did play a major role in how I started to appreciate music and the styles of music I was looking into as a teenager. In late 2006 I got the album from a friend, rediscovered the track and got to know the artists behind it. Since then I have bene moving back- and forwards in their discography and having had the chance of seeing them play live a couple of times. Best moments ever. One of the most impressive skillsets AE has to offer is the art of adding X layers and elements in some of their tracks but creating a hollow, emptiness full of echo. Just mind-blowing.