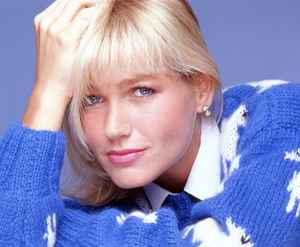 Real Name:
Maria da Graça Xuxa Meneghel
Profile:
Born in Santa Rosa, RS (Brazil) in March 27, 1963, commonly known as Xuxa, is considered the most important children's television from the South America, Former model, is also a singer, actress and businesswoman. Her various shows have been broadcast in Portuguese, English, and Spanish worldwide. She is a two-time winner of the Latin Grammy award for Best Children's Album, and is also known for her epithet, "Queen of the Shorties".
Xuxa was the first Brazilian to appear on Forbes Magazine's list of richest artists in 1991, taking 37th place with an annual gross income of US$19 million.
Over her 30-year career, Xuxa Meneghel has sold over 40 million copies of her records worldwide, which makes her the second-highest selling Brazilian female singer after Rita Lee. Her net worth was estimated at US$100 million in the early 1990s. As of 2015, she continues to be among Brazil's most prominent celebrities. Also successful as a businesswoman, she has the highest net worth of any Brazilian female entertainer, estimated at US$350 million.
Sites:
xuxa.com, Facebook
Variations:
Viewing All | Xuxa
Xuxa Meneghel