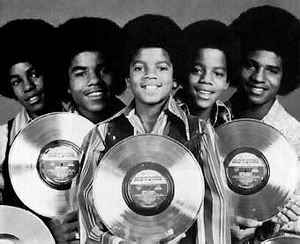 Profile:
The Jackson 5 were a group made-up of five brothers from Gary, Indiana, USA, under the leadership of their father Joseph Jackson: Jackie, Tito, Jermaine, Marlon and Michael.

Formally known as The Jackson 5, they later changed their name to The Jacksons when they switched labels from Motown to Epic, via Philadelphia International Records; Jermaine would stay behind at Motown while youngest brother Randy would join the group.