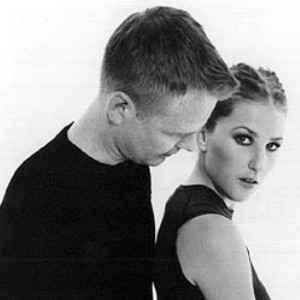 Profile:
Formed in 1995 by singer Ruth-Ann Boyle, keyboardist Tim Kellett and beat-master Robin Taylor-Firth. Kellett was a member of Simply Red for their first nine years, as well as an occasional collaborator with UK pop-soul band Lighthouse Family. Taylor-Firth was one of the original members of Nightmare on Wax. Boyle used to sing in local bands in Sunderland, where she is from. She had not been singing professionally before Olive was formed. Kellett was playing at a gig in Portugal with Durutti Column where he came across Ruth's voice which he then sampled. He loved it so much he asked Durutti Column "who is the vocalist I'm making tape loops of?"

Their peak hit "You're Not Alone" charted at Number 1 in the UK official charts on May 17th 1997 for a total of 2 weeks, despite the original release on September 7th 1996 only reaching number 42 in the UK charts.
Sites:
Wikipedia, web.archive.org, web.archive.org
Aliases:
Black Olive
Members:
Robin Taylor-Firth, Ruth-Ann Boyle, Tim Kellett
Variations:
Viewing All | Olive
Olivé