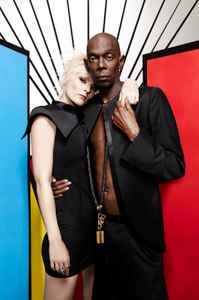 Some of the original members (Sister Bliss, Maxi Jazz and percussionist Sudha Kheterpal) continue to perform under the name Faithless Sound System.

January 31, 2020
I can't think of a group who's been more consistently terrible, but had one awesome song, in my life. Other than "Insomnia", I can't think of a single song I've heard from these guys that wasn't garbage. Even their remixes are bad. Just my take, of course!
See 3 replies

Faithless are truly a multi-talented band and their music reflects the diversity of the group. Combine a Buddhist rapper, a producer with synaethesia and a female house DJ and you have... one of the most adventurous electronic bands ever. Here are the levels of their accomplishment:

Most people know Faithless for the big room house anthems: Insomnia, Salva Mea etc, and it's obviously here that they shine. You'd be hard pressed to find a dance musician who can write hooks quite as big as Sister Bliss and they just keep churning them out. Insomnia is a stone-wall club classic, up there with Chime, Papua New Guinea, Acid Trax and Blue Monday. They know exactly how to move dancefloors without ever sounding cheesy. Rollo's synaesthesia also means he creates unique, deep soundscapes that sound very original. While he isn't as technically gifted as a producer like BT, Rollo can build up atmosphere in a unique and subtle way, so the tracks sound excellent on a big club system.

It's their album work that has seen Faithless become the dance act of choice for people who might not otherwise stomach them. On every album they deliver a perfect blend of traditional song-writing, clued-up trip hop and club bangers. The variation of material across each record is always excellent, although this actually puts off people who just want twelve variations of God Is A DJ per album. Another interesting thing to note is how their albums have developed: Reverance was essentially a collection of thematically linked songs all connected to urban life in Britain from every aspect. However, their next album started to flow musically: linking moody, rap-heavy works together. By No Roots, every track blends seamlessly, with a mish-mash of standard verse/chorus ballads and production-heavy electronic works on almost every track.

Something which is really easy to miss is the strength of the lyrics. No electronic act comes remotely close. Maxi Jazz can do more than rhyme: he constructs raps and songs that flow on a purely rhythmic level yet tell stories and pull heart-strings. He frequently places himself as a child, relating back to incidents of emotional trauma, while at other moments he takes the seat of Spiritual Leader, proclaiming the band's political and ethical messages. Whether it's the frantic portrayal of depression on Salva Mea, the deep jealousy of Killer's Lullaby or the simple blazing affection of Miss U Less, Maxi is a master at his trade.

Finally, something which tops it all is their live performance, which sadly may never happen again. Faithless are truly immense live. They use an entirely analogue set up: two extensive drum kits, a bass, guitar and a stack of keyboards, as well as male and female supporting vocalists. Maxi is an unconventional yet addictive front-man: he channels the message of whichever song to the crowd perfectly. Their slow songs sound intimate, their instrumentals sound epic and the big anthems DETONATE. They also do what all good bands should: they don't just play what's on the record, they rebuild the songs to work live.

June 28, 2003
If you asked me what sort of music Faithless produce, a straight and simple answer is something which I could not give you. The only way which I could describe Faithless' music would be "The Melting Pot of My Favourite Music".
Their debut album, Reverence, in my opinion is the greatest album ever produced (in my opinion!)

Faithless made their name with the classic dance tracks 'Insomnia', 'Salva Mea' and 'God is a DJ', and with more recent house tunes like 'We Come One' and 'Tarantula', so it is easy to believe that Faithless simply produce dance music. But with gorgeous songs such as 'Don't Leave' and 'Crazy English Summer' this is so untrue. These two tracks are very simple, yet can be listened to over and over again and still sound as good as the first time you heard them.

Maxi Jazz, Sister Bliss, Rollo & co are not just hard-house noise makers, and they do not try to make it big by producing chill-out songs suitable for TV adverts, they do not create acoustic masterpieces, nor do their albums sound like endless drones of "kill yourself" music.

They are, quite simply, Faithless.

You should give them a try,
Dido did, and look where it got her.