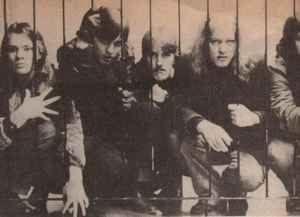 Profile:
One of the early Finnish punk bands from the city of Tampere. Hellhound released three singles and one album between 1978 and 1980.