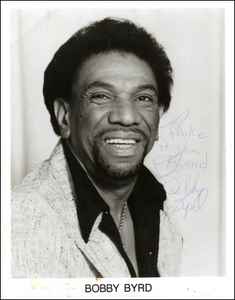 Husband of Vicki Anderson. Stepfather of Carleen Anderson. Long time collaborator with James Brown and one of the founders of The Famous Flames. It was actually Byrd who took James Brown into the band and together they made history with a string of hits up to the 1970s. Later he would join Brown again with vocals on several recordings like "Sex Machine", "Talkin' Loud & Saying Nothin' and "Get Up, Get Into It, Get Involved". He would also go on and record solo hits of his own. Notably his "I Know You Got Soul" scored big around the U.S.

Bobby Byrd had a hard time dealing with cancer for some time and sadly he passed away on September 12th 2007 in his home in Georgia. He was 73 years old.