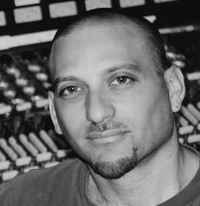 Profile:
Philip Steir is an accomplished musician, remixer, composer and producer. As a drummer, he played in a number of bands in the San Francisco Bay area throughout high school and college. He founded the critically acclaimed band Consolidated, which was signed to Nettwerk Records and later London Records.

March 6, 2021
Can someone please tell me where I can find one sample of the Steal My Club Remix version. It is nowhere to be found on the internet.
Reply Notify me Helpful