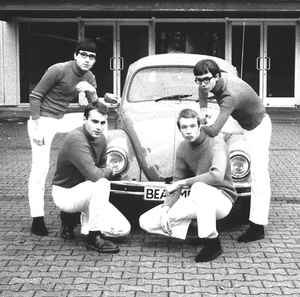 The band was named "The Beatmen" until 1998 (when their guitarist and co-vocalist Konni "The Bö" died in a car crash near Warsaw).
They self-released one 7" "Don't try to be a Robert/ Lonely Girl" in honour of Konni after his death.
The actual band name was "The Flashmen" afterwards, but took the attribute "Golden" only for the "Rage Against Abschiebung"-compilation
Hank and Gaius formed together with Nick McCarthy of Franz Ferdinand a band called "Das Lunsentrio" later