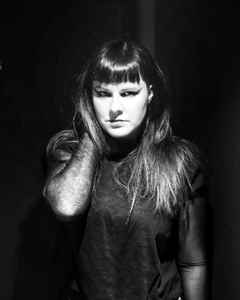 Real Name:
Hélène de Thoury
Profile:
After her noteworthy bands Phosphor and Minuit Machine, Hélène de Thoury offers, through her first solo project, a cold, synthetic and melancholic music mixing nagging Darkwave and striking electronics.
Her first album “Her Fall And Rise” has been released in December 2014 on the label Stellar Kinematics and immediately won fans of the genre’s heart. Another album “This Fog That Never Ends” and an EP “No Hard Feelings” followed in 2016, produced in her own Parisian studio and label Synth Religion. In two years, she played more than 30 gigs in clubs and festivals around Europe and Canada.
Hélène just released a new album “Between Hope & Danger” in May 2017, another very intimate piece, full of passion and darkness!
« The unknown is terrifying, but you have all it takes to transform the ugliest part of your world in beauty. »
Sites:
Facebook, SoundCloud, Bandcamp
Aliases:
Hélène De Thoury
Variations:
Viewing All | Hante.
Hante

March 15, 2020
Fierce - Remixes & More LP available for pre-order now via Synth Religion on 2 vinyl variants! A USA pressing through Metropolis is also impending, I preordered it but there are no details about the vinyl color or tracklist, it's not even officially announced through Metropolis.

Female-Fronted S/S by Donut_Duck
Artists I Have Seen Live by EliasRafael
Treasures by Piet.Hein
Artists I've seen live by gawmus
Artists YOU HAVE TO Listen by Daedalion23
Favorite Artist by blarson73
Gigs List by NickSignal
Favorite Artists by Roth
LIVE EXPERIENCE by rockabillyguy03
ARTISTI by sergio.black
My concert year 2019 by Roth
View More Lists →