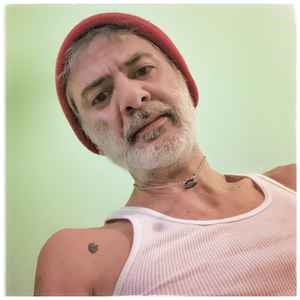 As a drummer he was a founding member of seminal Atlanta indie-rock band Babyfat (now Ultrababyfat) and has performed live in numerous Brooklyn/New York City bands including Week At The Lake, Ropetrick, Belaqua, Kid Congo & The Pink Monkey Birds, and most notably, The Go-Kartel.

His work as a graphic designer has appeared on solo records by ex-Jazz Butcher Conspiracy guitarist/singer/songwriter Max Eider. In 2000, his photograph of drummer Bryan Devendorf was used as the cover image for The National's 2000 debut record. Over the years, his photography work includes captures of R.E.M.'s 2010 US Tour, Pavement's 2010 reunion show in Paris, France and numerous tours with The National from 2000-2010.

As a songwriter and producer, he has made recordings and composed short-film scores under the monikers Music Industrial Index, It's Never Just You and most currently, Sky Blue Sound. He lives in Decatur, GA, with his wife/creative collaborator Rachel Carey, his daughter Abra K. Carey, and a large collection of vinyl records.
Sites:
Bandcamp, imdb.com