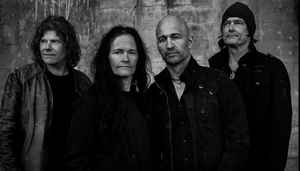 Profile:
Norwegian hard rock band from Trondheim formed in 2008 by Tore André Helgemo and William Ernstsen, formerly known as F.R.I.E.N.D. started in 2001 that had one EP release in 2006 and one single in 2007. Stargazer released their first self-titled album in Germany 2009.