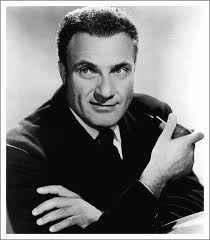 He was born Samuel Ram to Jewish parents. It has been written that the history of rock and roll could not be written without Buck Ram's contributions. He was one of BMI's top five songwriters/air play in its first 50 years, alongside Paul Simon, Kris Kristofferson, Jimmy Webb, and Paul McCartney. Ram also wrote, produced and/or arranged for The Platters, The Coasters, The Drifters, Ike and Tina Turner, Ike Cole, Duke Ellington, Glenn Miller, Ella Fitzgerald, and many others.

Ram is now mainly remembered for his long association with The Platters. The success of the group can be attributed to Ram's large circle of friends in the music industry that included songwriters, publishers, agents and artists. Ram was a talent manager with his own firm, Personality Productions, an A&R man and saxophone player in a dance band when Tony Williams, the brother of one of Ram's clients, auditioned for him. Ram was looking for a group to sing the songs he wrote and found the voice he was looking for in Williams. He built The Platters around Williams voice because the other members of the group could not sing in the harmony, like the Mills Brothers, that Ram truly wanted. Ram arranged and produced all recordings by The Platters, from their signing with Mercury Records until his death, and wrote their biggest hits including "Only You (And You Alone)", "The Great Pretender". "Magic Touch", and "Twilight Time".

When Mercury announced that they would release "Only You" on their purple "race music" label, Ram insisted that the records be relabeled, stating that The Platters had worked too hard to have their (and his) market limited by a record label. Mercury agreed, and the records were relabeled, thereby breaking down racial barriers and laying the groundwork for the black groups of the 1960s and beyond.

Ram wrote the lyrics to "The Great Pretender" in the washroom of the Flamingo Hotel in Las Vegas after being asked what The Platters follow-up to "Only You" would be. In 1987, when the song hit #4 in England for Freddie Mercury, Ram had no idea who Mercury was but was thrilled his song was on the charts again - thirty one years after its 1956 premiere by The Platters, and like Dolly Parton and Liberace, he laughed all the way to the bank. Ram also wrote "The Magic Touch," the lyrics for "Come Prima (For the First Time)," "Twilight Time," "Chew Chew Chew Your Bubble Gum," (with Ella Fitzgerald), "Remember When," and "Ring Telephone Ring," among others.

According to Ram and newspaper articles from the era, Ram wrote the lyrics to "I'll Be Home For Christmas" as a gift for his mother when he was a sixteen year old college student. In 1942, Ram's publisher chose to hold the song for release because they were going to release Irving Berlin's "White Christmas" first. Not completely satisfied with the song, Ram discussed his concerns with casual acquaintances, Kent and Gannon, in a bar. He left a copy of the song with them but never discussed it with them again. Both Ram and his publisher were shocked when the song was released. Ram's publisher sued and won.

Unlike other talent managers of the era who were known for stealing and publishing songs others had written, Ram did not need to do so. He was a songwriter first and manager/producer second. The Platters and other groups he managed, like the Flares, were his vehicle to getting his songs recorded. In many cases he put singers names on songs he had written. The only other controversy in Ram's long songwriting career was with "Twilight Time" which had been an instrumental recorded by the Three Suns. When Ram wrote the lyrics to the song and made it a hit, the Three Suns sued. As in the Christmas standard, the court ruled that Artie Dunn and the Nevin brothers, writers of the instrumental, names be included. It did not find against Ram.
Sites:
Wikipedia
Aliases:
Ande Rand, Jean Miles, Jim Williams (6), Lynn Paul
In Groups:
Buck Ram And His Orchestra
Variations:
Viewing All | Buck Ram
A. Ram, A. Rand, A.Ram, B Ram, B Rams, B-Ram, B. Ham, B. Ram, B. Ram., B. Ramm, B. Rams, B. Ran, B. Rand, B. Rau, B. Raum, B. Ray, B. Rem, B. ram, B.-Ram, B.Ram, Buch Ram, Buck, Buck "Ram" Ramirez, Buck - Ram, Buck / Ram, Buck Ham, Buck Rain, Buck Ram And His Rock'n Ram Orchestra, Buck Ram Antler, Buck Ramm, Buck Ramsey, Buck Ran, Buck Rand, Buck Rum, Buck-Ram, Buck/Ram, Buckkam, Buckram, Dam, R. "Buck" Ram, R. Buck, R. Ram, RAM, Rae, Rahm, Rain, Ram, Ram / Rand, Ram Buck, Ram, B, Ram-Rand, Ram/Buck, Ram/Ram, Ram/Rand, Ram/Shand/Rand, Rambuck, Ran, Rand, Rand And Ram, Rau, Rem, Roun, Rám, Samuel "Buck" Ram, Samuel 'Buck' Ram, Walter Kent-Buck Ram, b. Ram, Б. Рам, Б. Раманд, Б. Рем, Б.Раманд