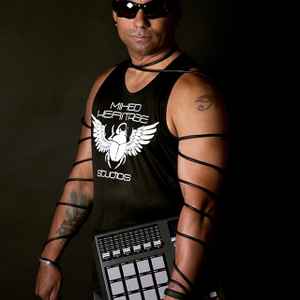 Real Name:
Jason Harlowe
Profile:
"Harlo" has come from humble beginnings. Since first hitting the turntables back in 1992 all the way through pursuing a small career in Community Theater. Finally in 1997 Harlo took on live DJ Performance as a career. Debuting in his first DJ battle in 1998 Sponsored by Vestax, Harlo's path was clear. Since then Harlo has been the godfather of Bend, Oregon’s dance movement. One of the 1st DJs to bring turntables & electronic music to the mainstream of Bends music scene in 1999, Harlo as touched or influenced just about every Electronic Musician to come out of Bend. During this time Harlo has achieved his Masters for audio engineering & post production, created a Reason certification class that is used in one of the top recording schools in the US and founded Mixed Heritage Studios, a medium scale Recording & Post Production studio in southern California. Harlo currently serves as performance DJ for Jay Tablet, Keegan Smith, The Zonkedout music family & is the Brand DJ for Crater Lake Spirits. Harlo's original releases can be found on iTunes, Beatport & all other worldwide media outlets. Staying true to his humble nature, Harlo is forever dedicated to being a major influence in the Central Oregon & Northwest scene supporting the legends and pushing new artists to realize their expressive potential.
Aliases:
Harlo
In Groups:
Caitlin Cardier, Jay Tablet