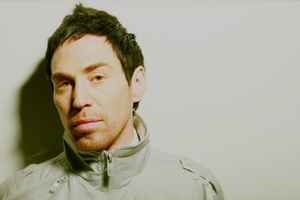 Real Name:
Rupert Matthew Swain Parkes
Profile:
A fixture on the UK jungle scene since the early nineties, Photek a.k.a. Rupert Parkes (born 1972, St Albans, England and associated with Ipswich in the nineties) is best known for his role in developing the "intelligent" drum & bass genre. Over the course of his career as Photek, Parkes has developed a sound that is simultaneously individual, innovative and accessible, earning him much respect and popularity amongst critics and music fans alike. The strength of the sound finds foundation in Photek’s incredibly detailed drum programming, which is then augmented by his sophisticated sense for combining abstract sounds with jazz and classic techno influences.

Recently Parkes has been more and more active in producing music for film, having worked on a number of scoring projects for upcoming features from his new home base in Los Angeles. His dedication to film scoring is evident, and his perfectionist attention to detail and tireless work ethic are quickly leading him to success in Hollywood.
Sites:
Facebook, Twitter, MySpace, SoundCloud, YouTube, Wikipedia
Aliases:
Aquarius, Code Of Practice, Parxe, Phaze 1, Rupert Parkes, Special Forces, Studio Pressure, Synthetics, System X, The Sentinel, The Truper
Variations:
Viewing All | Photek
Phoetek, Photec, Photek Productions, Photex, フォーテック

February 26, 2020
Photek is without a doubt one of the best drum 'n' bass producers of all time, in the same class as other highly respected names such as Paradox and Seba. Many people were disappointed by his decision to move onto house music and it's easy to understand why. His early work in drum 'n' bass was intelligent, innovative, and densely atmospheric. Much of this music masterfully captures a very dark, sinister and paranoia-inducing vibe. The only other artists I can really compare his style to are Source Direct, Goldie and later, Burial.

Both 'Still Life' and 'The Rain' (Remix) are excellent examples of his talent. Back in the late 1990s, my friends would often play them during smoking sessions because of their inventive abstract nature and they would sometimes induce "whiteys" which involved a person's face literally turning yellow and green or a ghostly white followed by a catatonic state and then violently throwing up. Not a pleasant experience but it demonstrated just how powerful his music was and a quality that is sadly lacking from most drum 'n' bass today.

It's a real shame that his first two albums 'Modus Operandi' and 'Form & Function' have never been re-pressed. These albums are absolute essentials for anyone that likes electronic or experimental music and i've been waiting years for them to be re-released on vinyl. They have become hard to find and sellers are now asking ridiculous prices for them. They should really be heard and enjoyed by a much larger audience with the superior sound quality of a vinyl pressing.
Reply Notify me 6 Helpful

April 17, 2019
One of dnb's heavyweight dopest figure ever! There's no way can mess with his drum n bass/jungle productions! He hammers those amen breaks and slammin' beats we all know and love about dnb! Complex drum programming and sequencing delving staple quality buildup in the entire drum n bass history, for example, imagine creating a track like Ni Ten Ichi Ryu which still stands the test of time in 2019 and years to come! A true classic! Highly respected artist in my books! Hats off to Rupert Parkes aka Photek! <3
Reply Notify me 2 Helpful

To say Photek around the mid 90's produced under his various guises a few to many tracks that sounded very similar to each other is a bit like accusing an old master of painting to many Madonna and child, so hence we can say he did not do so, but rather honed his skills and became a true craftsman. add to this his earliest hardcore inspired outings and also the more stripped back individualistic efforts of the latter 90,s and we can safely say he is easily one of the better talents of the era whose mentioned above work still remains relevant and looks like will remain so into the future.

February 10, 2017
Photek revolutionised Drum 'n Bass, he was and always will be way ahead of the game, a true musical visionary in electronic music Imo.
Reply Notify me 4 Helpful

Probably my favourite producer. Tracks like The Seven Samurai, Rings around Saturn, Ni-Ten-Ichi-Ryu and Modus Operandi are true works of art, in my opinion. Solaris is also a nice album,although I had to get used to his 4 x 4 tracks, the record still has that Photek sound.

November 10, 2013
Bourbonman, artists should be able to do what they want. Why else would you bother?
Reply Notify me 3 Helpful

Photek has been doing house since '96. Listen to T-Raenon (Version), deep dubby house in '96. It feels like he was influenced by both chicago and detroit already from the beginning.

The sense of direction comment is slightly confusing. The stuff he produces as of now is pretty much reminicent of what he did on Solaris.

The Drum n Bass retake of F&F2 is actually quite tedious and lacks much of his brilliance from his early works. So I think it was and is a good idea to move back to the Solaris phase and refine on that production.

April 3, 2012
I respect Parkes for his works in the past but....
What happened to his Drum & Bass productions? Lately he is only doing House and even Dubstep(?).
Also heard some of his Podcasts, just old played-to-death chicago house.. have i missed something???
Please Photek.. No disrespect, but has moving to L.A fucked up your sense of directions comletely??
Remember where you came from...
Reply  See 1 reply Notify me 6 Helpful

April 13, 2010
Photek is an alien with a good mission. I adore his planet. He is the "most intelligent" soundarchitect in the drum n bass scene.
Reply Notify me 3 Helpful

absolute perfection in drum programming; amazing ear for drum sample selection; proccessing the drums to the limit and beyond; alien soundscapes; dance-not-oriented tracks;