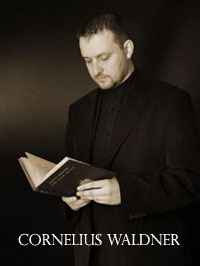 Profile:
Sagittarius was founded by Cornelius Waldner in 1998. After several limited edition tape and vinyl releases, the second full-length album (on Cold Spring Records, UK) established the project as one of the main protagonists of the Neoclassic scene.

After a couple of changes in the line-up, Sagittarius now consists of the following members:

Although Philipp Jonas (Secrets Of The Moon) left the project after “Die große Marina”, he has stayed on as guest musician and collaborator to this day.