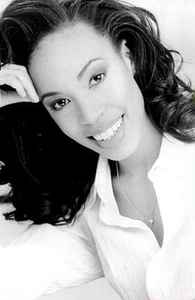 In 1997, Dana Dawson collaborated on the Dolce & Gabbana single "More, More, More" provided the vocals on this dance remake of the Andrea True Connection hit single. The Disney Channel show Lizzie McGuire featured her 2001 single, "Nice Life" which was only released as a single in France.

Several multi-track "singles" of Dawson's music have been released in the United Kingdom, including "3 Is Family," "Got To Give Me Love," and "How I Wanna Be Loved." Dawson's songs are included on many other albums, including EMI's Music of the Twentieth Century: 1980-1999 and Virgin's Best Dance Album 1995; she also performed on the Michael W. Smith 1989 Gospel album "I 2 Eye."
Sites:
Wikipedia, broadwayworld.com
Variations:
Viewing All | Dana Dawson
D. Dawson, Dana, Dana Dawnson, Dana Dowson, Dawson, Diana Dawson, デイナ・ドーソン

October 21, 2021
So sad to hear you passed away rest in PEACE
Reply Notify me 1 Helpful