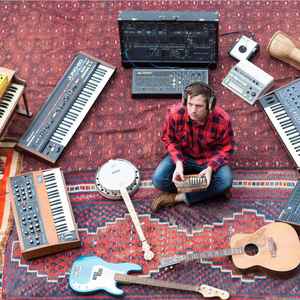 Brad Breeck is a composer and songwriter most known for his work on Disney’s “Gravity Falls”.

Brad is originally from Illinois and earned his MFA in Composition from The California Institute of the Arts (CalArts). His colorful style of composition paired with his witty technical execution and fluidity as both a composer and songwriter brought him to write music for several Disney animated shows, including “Star vs. The Forces of Evil”, “Pickle and Peanut” and “Randy Cunningham: 9th Grade Ninja”. He was the composer for MTV’s “Awkward” and is currently scoring and writing the songs for Cartoon Network’s hit show “We Bare Bears”. For Nickelodeon he scored the series “Fanboy and Chumchum” and penned the theme for “Robot and Monster”,

Brad was a member of the critically acclaimed band The Mae Shi. He lives in Los Angeles with his wife and son.
Sites:
bradbreeck.com
In Groups:
Skull Tape, The Mae Shi
Variations:
Viewing All | Brad Breeck
Brad, Brad Freeck Breeck, Brad Joseph Breeck