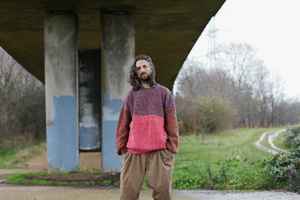 August 27, 2020
James Holden definitely helped shaping my taste in my teens, building the foundation of what is me musically, up to this day, almost 20 years later. I was 12 years old when my record collecting love/obsession started, starting with Paul Van Dyk, Tiesto, ITWT, Matt Darey etc. I found the www.trance.nu forum around 2001 (dunno if it still exists?) where I first started to notice the hype around this young guy called James Holden. Some dc++ sessions later, and his catalogue at the time was in my headphones. His brilliant sense of melody helped me feel comfortable, although his productions were (already then) more sophisticated than what I was used to with the above mentioned Euro-Trancers. But little did I/we know that this was only Holden's babysteps as a producer and DJ. Soon he would totally blossom and become not only a great musician with an enormous potential, but even become THE cutting edge, THE guiding light for a whole world of ravers. What he did with Border Community, the Balance-mix and really everything he touched between 2002-05 (ending with his suspense-masterpiece of The Darkest Star) is in my eyes still cutting edge. It's original, it's technically brilliant, it's extremely danceable, and above all, it's emotionally captivating. It's all that, track after track after track! A Break In The Clouds, The Wheel, Breathe On Me, Nothing, Come To Me, Fancy Arse, Janeiro, Safari, Fine Day, and surely a lot more. To be honest I don't think I've ever had a DJ-set in the 120-130 bpm range without bringing a handfull of Holden's old tracks. And I shit you not when I say that every single time I drop it you instantly create a sensational moment on the dancefloor. I've seen people become all loved up to Janeiro, A Break In The Clouds and Fine Day, and I've seen people lose it to Breathe On Me, Fancy Arse and The Darkest Star. And my greatest secret: Ogenki Clinic - First Light. It took me years to track down a digital lossless version of this early masterpiece of Holden and Main Element. The ultimate sunrise-track, with the most beautiful synth lead I know of.

I consider myself to have a very open mind regarding music, but unfortunately nothing Holden, nor Border Community, has released since those formative years have ever caught my attention. I did buy The Idiots Are Winning and tried and tried, but it's just too damn cold and "elitist", and I even watched Holden play live with The Animal Spirits while peaking on a great acid session at Ozora 2018, but it was just OK.
I totally understand Holden's reaction after being treated like a God for some years, where too much expectations must've caused a lot of mind ghosts within him, and obviously I wish him to create the music he likes. But my personal interest is long time gone for his current music. Luckily his old treasure is so big that I'll never get tired of it, and I'll probably never get tired of occasionally entrancing my crowd with one or a couple of his masterpieces in the perfect moments out in the forest parties of Scandinavia. And I'm still hoping for a danceable comeback.

December 7, 2017
For me personally James Holden is (was) one of the most innovative and intelligent progressive trance producer ever. For me his mid 2000's tracks alongside with early Max Graham (Airtight!), Airwave ,M.I.K.E. and Oliver Lieb works really well represent this genre. Just listen to his remix of Solid Session's "Janeiro" or his " Come To Me (Club Mix)

September 6, 2016
I just feel the need to express my views on James Holden. He is one of my all time favorite artists, along with Tiesto, Armin, Sasha, Digweed, PvD. Most of the people who are into this kind of music have heard of all the artists I mentioned, except for James Holden. I think he is way underrated. Tracks like Nothing (both original and especially 93 returning mix), Horizons, Eternity and so on.. those tracks are world class, yet so few people have listened to them. It's a shame, he should've been rich like Tiesto if it was a fair world, he made the world a better place for me.
Also, I don't like his new stuff, it's a shame he doesn't make progressive anymore. I really hope he gets back to it at some point, it would be a dream.
See 6 replies