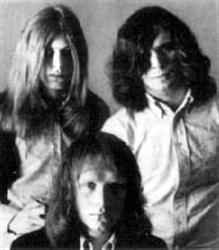 T2 played a lot of universities and rock venues, and were on the same circuit as Black Sabbath, Deep Purple, Free etc. Their favourite venue was The Marquee. Peter Dunton believes T2 played more top of the bill gigs there in 1970 than any other band. They recorded a TV appearance for Disco 2. Keith left T2 at the end of 1970, Bernie at the beginning of 1971. Peter brought in a new guitarist and bass player and continued playing for 2 years, but couldn’t find a new recording deal. As the music scene in the UK moved on to Marc Bolan, David Bowie etc., Peter could only find a solo deal and recorded a single Pete Dunton* - Taking Time with Dave Edmunds in 1973.

In 1975 T2 started playing again with Mike Foster on bass. Around 1990 the band learned that Boomland had been re-released.in Germany, Japan and South Korea. They contacted the German company and ended up releasing three albums. Later, T2 started working with Acme Records, releasing the Neon Pearl, Please and Flies albums. The 1997/1998 T2 album was recorded by the original line-up in 1970, as demos for a second album. They were not finished and released at the time because Keith and Bernie left. Ultimately, due to personnel changes, T2 lost momentum and didn’t achieve the potential Peter had hoped for.
Sites:
velvetthunder.co.uk
Members:
Bernard Jinks, Keith Cross, Mike Foster (11), Peter Dunton, Robin Hunt
Variations:
Viewing All | T2 (3)
T.2, T.2.