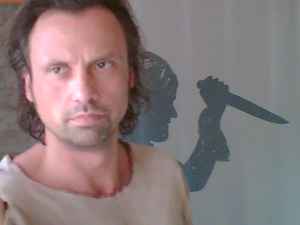 August 20, 2020
I totally agree epic releases absolutely outstading in terms of quality and feeling. Orange theme and Superstring some of the best in my opinion and remixes of Madagascar I agree nickhar.

There is lots of garbage trance out there but this is truly quality that I grew up with.
See 1 reply

December 14, 2010
Many of the nicest times in my life were spent listening to Cygnus X.

Favorites are "Turn Around" (original and a.b.c. edit), "Positron '03" and his remix of "Madagascar" by Art of Trance. "Deliberation" is also pretty outstanding.

August 15, 2010
Cygnus X was also responsible for some sublime remixes from the Platipus stable of artists, for example the mesmerising version of Art of Trance's Easter Island. For me what this version is what trance is all about, but there are several other remixes he did that transformed a good track into something epic.

May 31, 2008
The comments on the review above, from fabriknos, Mar 15, 2004
are very true, it is amazing that no further comments have been made on one of the foundations of the new generation of Electronic music.
I first heard the amazing sounds of the EYE Q label back in 1995, and it was spellbinding. I still remember the places I visited, the clubs I frequented and that time of life with Cygnus X's music. It is definitely an ICON in electronic music, and I totally agree, better than 99% of the crap that is released today, via mp3 or other media.

I guess electronic has suffered the decadence of becoming more mainstream, and the pressure to make a commercial single has dwarfed the ability to produce quality music as this.

"The Orange Theme" and "Superstring" are two of his more known work, and they are classics.
Too bad that many lesses remixesd are made, such as the Plato Remix, the Terry Toner Mason mix and others that really mess up the original.
Even the lesser-known "Positrion" like "Symmetry" and "Synfonica" are a better choice when wanting to hear electronic of quality.

Lets rescue these jewels, but not with new 2008-2009 mixes.
Lets hear the originals.

March 15, 2004
why has no one posted comments on this artist?? cygnus x must have made two of the most well-known trance classics of all time, "The Orange Theme" and "Superstring" and even the lesser-known "Positrion" is better than 99% of "trance" that was released in the 90s or today. a true legend and extremely important member of the Frankfurt trance scene (Eye Q, etc). his project Brainchild is equally as good with tracks like "Symmetry" and "Synfonica" rating right up there are some of my favorite techno/trance/whatever tracks ever made. let's stop hearing cheesy progressive trance remixes of this guy's work and hear some all new stuff!! come on matthias!