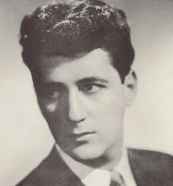 Later, as a solo artist, Maresca had a top 10 hit with "Shout Shout (Knock Yourself Out)", and also wrote songs such as The Regents (2)'s "Runaround", and collaborated with Dion DiMucci on a number of Dion (3)'s most successful releases.