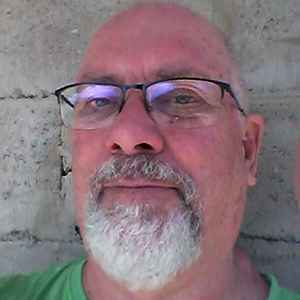 Real Name:
Brian Ashley Currin
Profile:
Brian Currin was born on the 7th February 1959 in Port Elizabeth, South Africa. The son of a church organist father and pianist mother, he grew up surrounded by music. In his pre-teen years he realised that he had no real talent for playing music and he couldn't sing, so he immersed himself in the world of music by listening, exploring and researching. Which he still does today.

He served in the military for five years, then spent many years in corporate sales and marketing until his involvement in the re-discovery of Sixto Rodriguez, opened up a whole new world for him.

He ran Mabu Vinyl, the iconic music store seen in the Oscar-winning "Searching For Sugar Man" film from 2013 to 2019. His voice could be heard on the streaming radio station "All Jazz Radio" where he hosted the Vagabond Show from 2012 to 2019.

He is very involved in promoting South African music, and is the co-owner of a number of music-related websites including "The South African Rock Encyclopedia" which he founded in 1999.
Sites:
briancurrin.com, rock.co.za