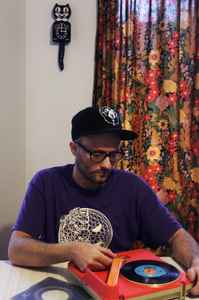 Mid 90s he started the cassette label "Orange Socks" on which he released his own material plus music from his friends and artists he met through tapetrading. Released his first track on vinyl in 2001 (on the French Necromaniacs Industry label) and from then on kept releasing on a wide variety of labels.