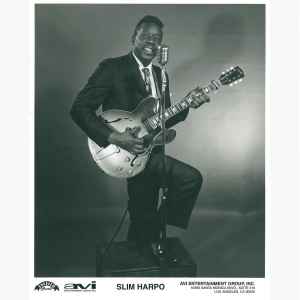 Slim, early in his career he performed under the pseudonym of "Harmonica Slim" at local nightclubs and bars.
Since the mid-1950s began recording and released, in 1957, his first record as Slim Harpo.
Among his hits : "I'm A King Bee", "I've Got Love If You Want It", "Rainin' In My Heart", "Buzzin' ", "I Love The Life I Live", "Little Queen Bee", "Baby, Scratch My Back", many of his hits have also been recorded by bands like The Rolling Stones, The Grateful Dead, The Kinks and many others.