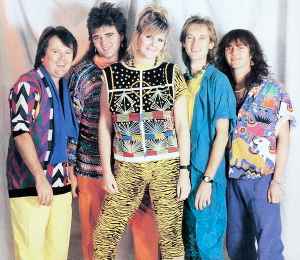 In 1983 the band changed their style to afro-rock, and that's when success really kicked off - not least of all by being popular with both black and white audiences (something rather unusual in the old days of apartheid, and frowned upon by the corridors of power).

Larry Rose and also-producer Bones Brettell replaced members Patrick and Geoff respectively, and it was this line-up that went on to even greater heights.