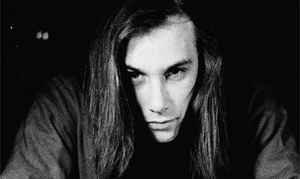 Real Name:
Götz-Christian Morgenstern
Profile:
Christian Morgenstern was born on the 10th of November 1975 in Düsseldorf, Germany.
Being interested in technical issues since he was a child, he bought his first Commodore Amiga when he was 15 and started interesting in graphics. Together with a classmate he founded a graphic-duo and pixelled the artwork for early computer-animated movies.
By 1994 Christian also started making music with the Amiga and produced Synthie-Pop and C-64 like tunes, only using Amiga internal samples and music capabilities. Three tracks from that period can be heard on "Night Of The Living Deaf", "Sexy World 1-4" and "Hawaii Blue" ("X-Mas In Freiburg").
In 1995 he had his first contact with synthesizers, when Elef Tsiroudis (now owner of Shokoy Records) called him and told him about a Yamaha SY85 he bought and about his plans to produce electronic music. So Christian also bought some equipment (after he worked at the local steel-melting factory) and travelled to Stuttgart. About six months later they released their first (and last) single on their own label "? Records" as Human Target. 1996 the team split, Christian bought a sampler and started producing on his own. He released his first single on Important Extracts entitled "... Minus 38 And Counting...", met Heiko Laux and gave him a demo tape containing the tracks of the "Miscellaneous EP", that was released a month later on Kanzleramt Records.
In October 96 Christian started working at a computer-animation studio for several months, and created two experimental music clips for his tracks. 1997 he moves to Cologne and starts studying at the Academy of Media Arts. Further releases on Kanzleramt. Besides producing records for labels like Kurbel, Konsequent and Creation Rebel, Christian gave birth to his own outlet Forte Records in 1999.
Where as Christian used to produce his first releases only using an Amiga, a sampler, a mixing desk and an effects unit, he turned into a true gearhead, mainly using vintage equipment and tube amplifiers from the 70's and early 80's. He developed his own, unique style and with the release of "Death Before Disko" in 1999, he proved once again, that he was one of the most versatile Techno musicians. Along with "Death Before Disko" Christian produced his first experimental short movie entitled "M.I.L.K." as part of his pre-exams. Followed by this is the super-moody album "The Lydia EP", released end of 1999, which is played by Djs throughout the world. After a little production break, Christian released his highly acclaimed Electro-Pop album "Hawaii Blue" in early 2001. This production is highly influenced by his undeniable affection for 80's Pop and Rock music and can be seen as a further step in his development from a Techno artist to a musician. As already suggested in previous works, with "Hawaii Blue", he nearly totally refused to accept the club-compatibility dogma, and mixes Pop tunes with listening tracks and retro-ballads.
End of 2001 Christian cancels his studies to concentrate on Forte Records and making music.
Christian was a person who felt the world very deeply and often struggled with how to cope with this keen understanding. On June 17th, 2003 he decided to take his own life. There have been many speculations and rumours about his death ranging from a skateboarding accident to a heart condition, but after time revealed details surrounding the incident it became increasingly evident that it was a decision that Christian himself made. Christian was working night and day on his new album at the time..
Aliases:
CHRS, T. Parlo, The Bikini Machine, Visco Space
In Groups:
Human Target
Variations:
Viewing All | Christian Morgenstern
C. Morgenstern, C.Morgenstern, Christian Morgestern, Goetz, Goetz Christian Morgenstern, Goetz-Christian Morgenstern, Götz - Christian Morgenstern, Götz Christian Morgenstern, Götz-Christian Morgenstern, Morgenstern, O. Morgenstern

March 22, 2019
Great Producer & better Person, i had the luck to met him at Sonar in Barcelona. You could find his Human sensibility in most of his Tracks.
Reply Notify me 5 Helpful

The track 'All night dancing' (from the longplayer "Hawaii Blue") which I know from the well selected double cd-compilation "The Collection 1 Of 25 Timeless Techno Tunes" is one of those tracks which have burned into my memory. Not because of a special situation somewhere in the past, just because of its quality, its deepness. It has soul... which is a thing I search for in every track I listen to...it has something what also Blues has, music as an instrument to overcome the traces of the daily fights in life.
From time to time my brother and me talk about this track because for us it is a highlight of the post-technowave, music from the new millenium. I only know Christian Morgenstern from his music and from the images here on Discogs and IMO he seems to be a quite symphatic young man. Who died much to early...

February 12, 2013
A true natural with the rare ability to conjure electronic soul, gracing many of his tracks with an expressive honesty that can be hard to find in this otherwise self-conscious genre. Thank you for the music and the inspiration Christian.
Reply Notify me 5 Helpful

August 21, 2003
I was recently informed by my friends Repair (another act on Substatic) that Christian Morgenstern passed away. It's very sad and a great loss to the electronic music world. I never heard a track of his that I did not like. Thanks for all your great music Christian. Rest in peace.
Reply Notify me 2 Helpful

July 12, 2003
Indeed very sad news... Actually i was supposed to see a live PA in Barcelona from Morgenstern the day before he was found dead... I were really shocked when iheard the sad sad news.
May he rest in peace!!!
Reply Notify me 3 Helpful