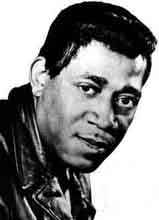 Born to a Baptist preacher's family, he began singing in church, performing in gospel groups and making tables on an assembly line in Memphis, Tennessee, when he began recording in the mid-'60s for Goldwax Records, a small Memphis based label.
First made the R&B charts in 1966 with "You've Got My Mind Messed Up", followed by his most famous song "The Dark End of the Street", written by Dan Penn and Chips Moman.
Carr continued to record for Goldwax Records until the label closed in 1969 but failed to reach the same heights with his subsequent releases.
Carr suffered from bipolar disorder for most of his life which affected his career.
Sites:
Wikipedia
Variations:
Viewing All | James Carr
Carr, J. Carr, J.Carr, Jamie Carr