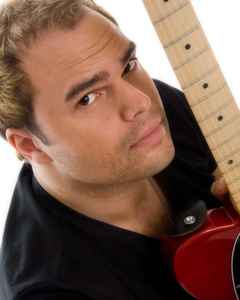 Real Name:
André Wall
Profile:
André Wall was born in Västerås, Sweden in 1978, and has both Swedish & British nationality. He is a Singer-Songwriter, Guitarist and Piano player. His main Genres are Rock/Pop, Folkrock and World Music, Chanson and Americana.
He has performed frequently with a backing group formed in Stockholm and as a singer-songwriter soloartist in New York, Barcelona and London since 1999.
He has released 2 albums, Dream Away 2002 (2002) and Barcelona Diaries (2009) and 7 singles:
Catalan Theme (2009), Lucy (2010) and This Child (2013), Vår framtid (2019), England's Greenest Hills (2019), The Time Master (2020) and "Tired Of The Game" (2020) as a solo-artist.
(c) and (p) Little One Creations/Amuse

He is the founder/composer/vocalist of the critically acclaimed Folkrock and World Music duo Invictus,
which have released 3 Albums” Out of the night” (2010), Petal Pie Song (2012) and ” Love for the Dead” (2014)
He has Produced and collaborated with several artists and worked as a Songwriter and Session-Musician since 1999.
André Wall Produced his Father Norman Wall, on his debut Jazz/Chanson Album, ” Dreams in the Moonlight”(2013). He also contributed with 6 songs as a Composer/Lyricist and sang Lead-vocals on the song ”The House Where I Was Born”.

He is a former professional tennis-player on the ATP-Tour and played the Grand Slam tournament Wimbledon at the age of 16 in 1995. Losing to Canadian Daniel Nestor. André Wall is one of the youngest tennis players ever to participate in Wimbledon. He ended his tennis-carreer in 2000, and began studying music at “The Royal Music University” in Stockholm 2001
Sites:
andrewall.com, Wikipedia, Last.fm, open.spotify.com, YouTube, wikiwand.com, wikidata.org
Aliases:
Invictus
Members:
Invictus (13)
In Groups:
Invictus (13), Norman Wall